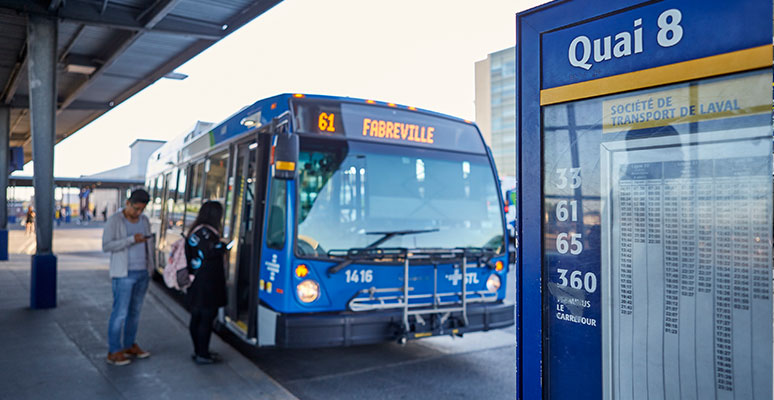 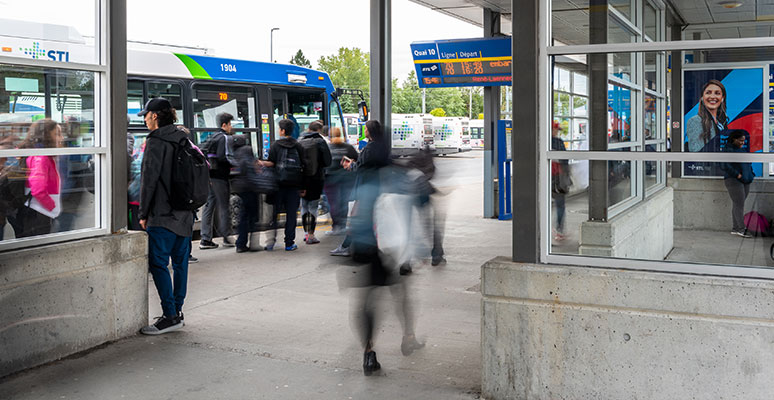 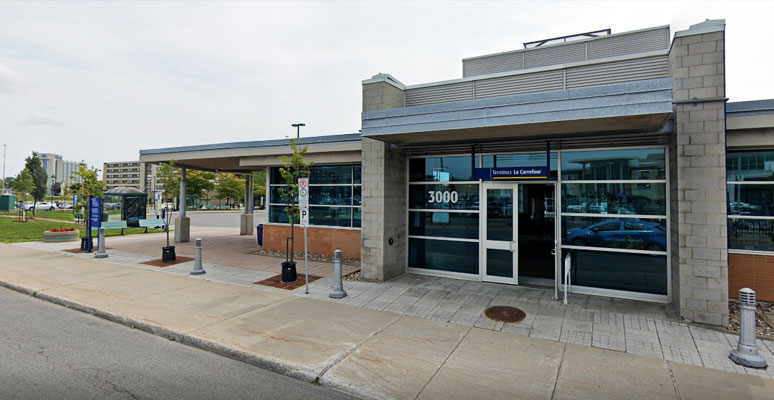 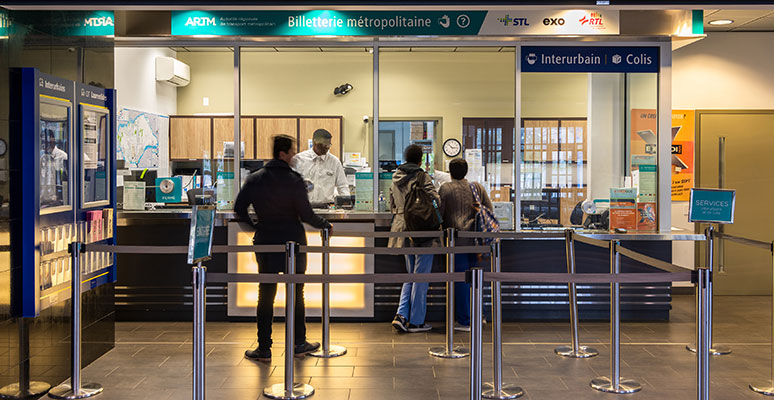 Bus terminals: The STL is in charge of the Montmorency, Cartier and Le Carrefour terminals, including baording platforms, the 2 metropolitan ticket offices, buildings, parkings and equipments located on the bus level floor. During REM work, the former Sainte-Dorothée train station is a bus terminal under STL's responsability as well as its 2 parking lots (north and south). The STL is also in charge of the Avenue des Bois parking lot.

Train stations and intermodal stations: De la Concorde train station, including boarding docks, buildings, parking and equipments located on the train level floor, are under the responsability of d'exo [↗]. Sainte-Dorothée's site and parkings will be under the responsibility of the STL during REM work, as there will only be a bus terminal.

Metro stations: Metro station's boarding dock in Laval and other equipments located on the metro level floor are under the responsability of the Société de transport de Montréal (STM) [↗].

Park and ride: There are many free park and ride facilities with public transport connections in Laval. Learn more