COVID-19 – The situation is closely monitored

Read our article to stay informed

From April to June, between Cléophas-Charbonneau and Larivière

Take the bus:
• At the intersection of chemin du Bord-de-l'Eau and rue Larivière
• At the corner of boul. Samson and Cleophas-Charbonneau

Work related to the REM has begun at the Sainte-Dorothée station. The platforms at the southern terminus from which routes 730S, 744E, 26E, 76E and 903S depart are relocated.

To avoid unpleasant surprises, plan to arrive a little early in case you need to move to your new stop. As soon as it is known, the start date of the work will be communicated to you here. 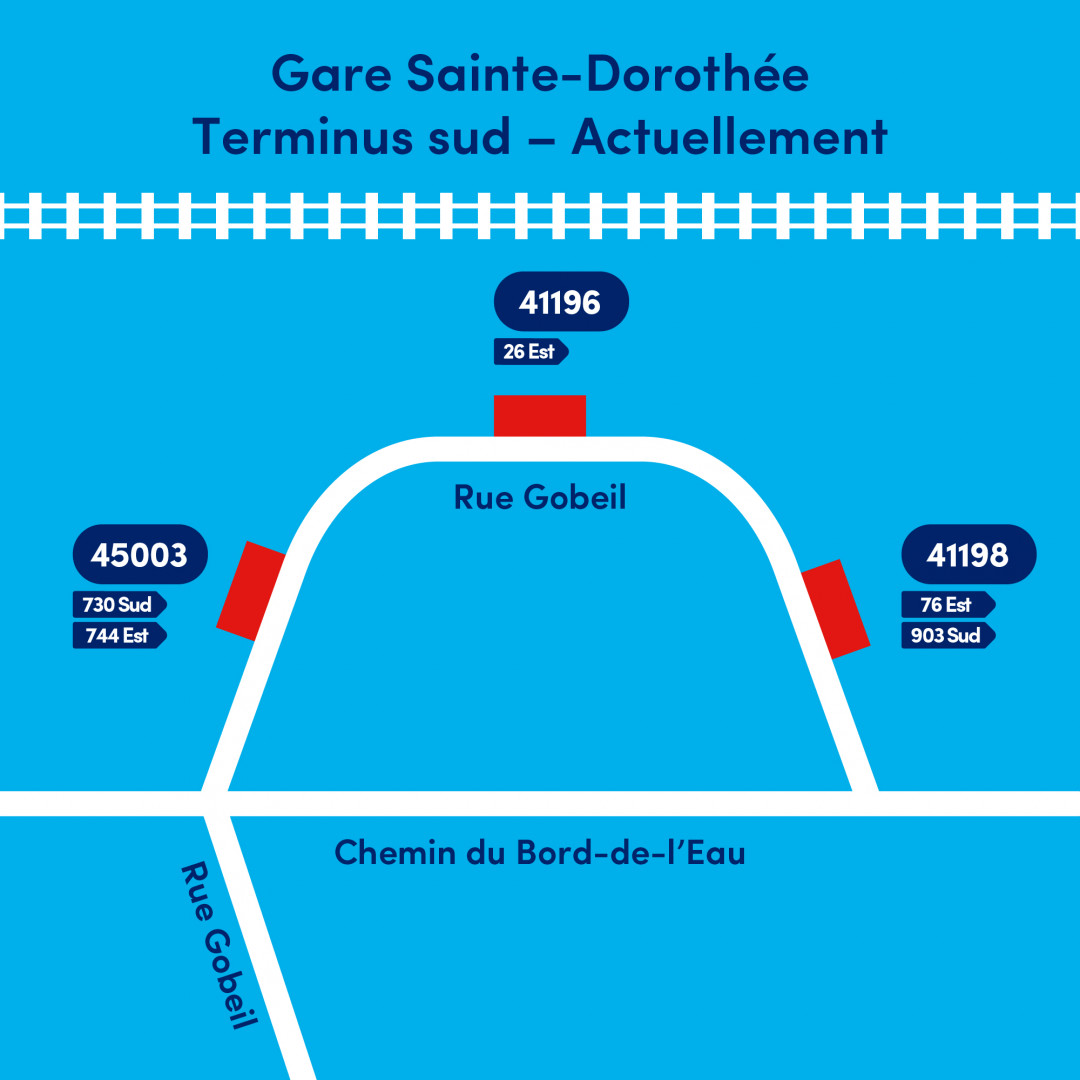 From the start and for the duration of the work: 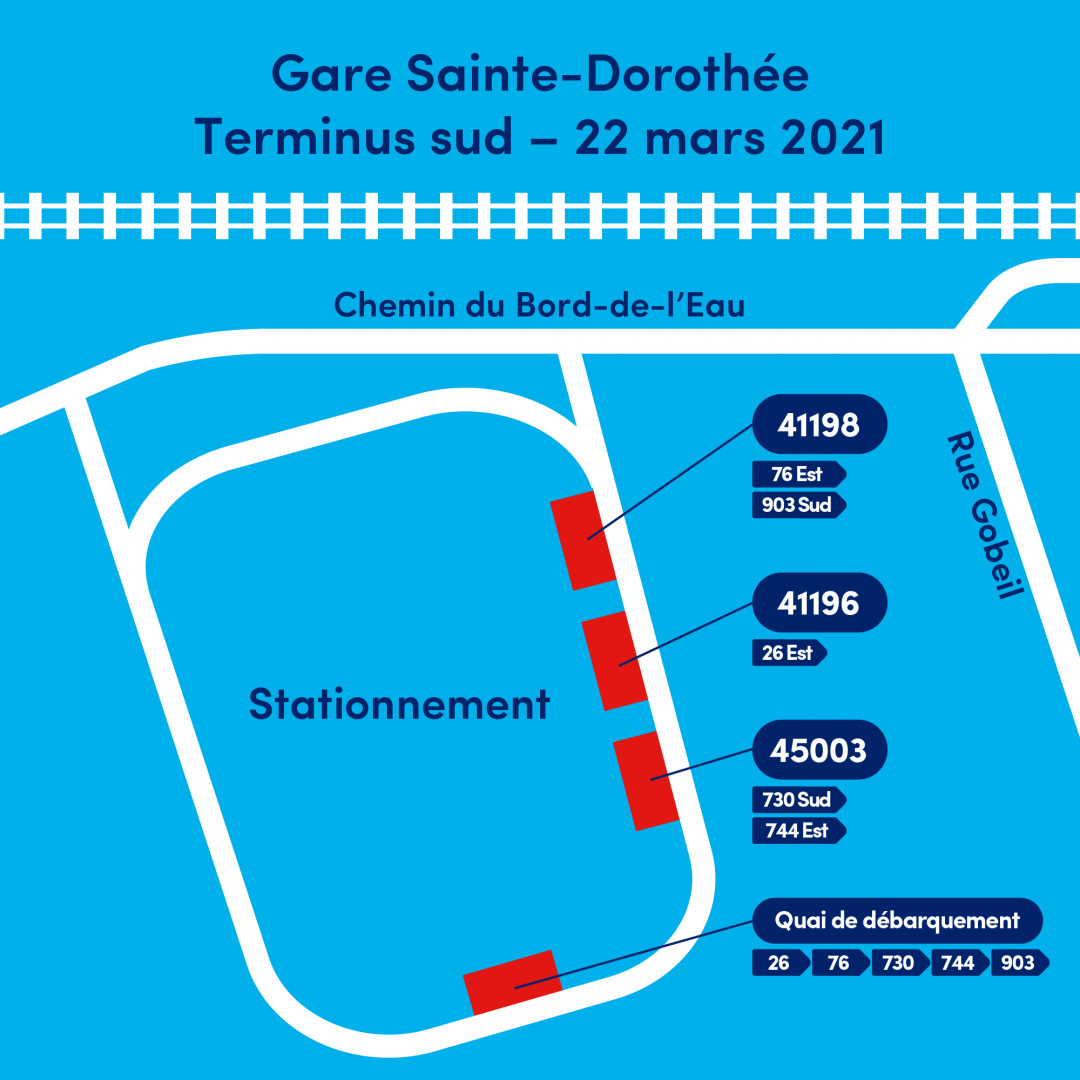